CFDA Fashion Awards {in a nutshell} 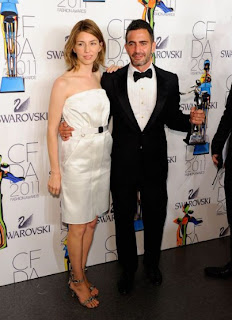 Jacobs, who received his 'half-lifetime' gong by close friend Sofia Coppola, said during his speech, "This achievement is born of love, passion, creativity... and a hell of a lot of hard work. I believe we all know and feel the greatest reward is the process itself." 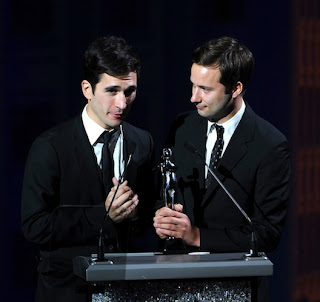 Lifetime Achievements aside, the Womenswear Designer of the Year went to Jack McCollough and Lazaro Hernandez for Proenza Schouler {whose company name comes from their mothers' maiden names} 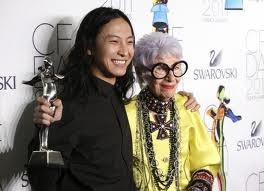 The fabulous Alexander Wang took home the Accessory Designer of the Year Award {pictured above with Iris Apfel, La-La-Love her!} and Prabal Gurung won the Swarovski Womenswear Award for up-and-coming talent {beating out the Olsen twins who debuted their new handbag line. Can you say ah-mazing?} 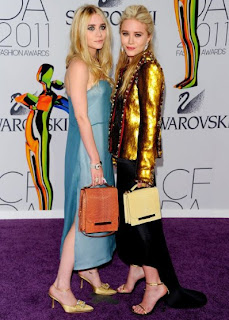 And then there is the Fashion Icon Award, which went to the blue-haired Lady Gaga. Who, true to form {and quite cheeky} in Thierry Mugler. Big difference from last year's recipient - Iman. 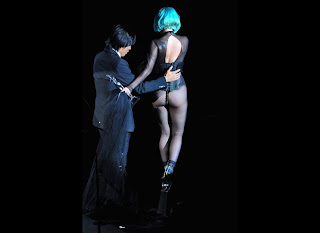 Michael Bastian was named Menswear Designer of the Year, and Céline's Phoebe Philo was given the International Award, while the CFDA Board of Directors’ Special Tribute Award was given to photographer Arthur Elgort. 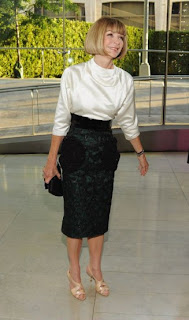 And then of course, Anna Wintour. Simply stunning.

**Nominations for each award category are submitted by the CFDA Fashion Awards Selection Committee, which is made up of around 300 members and over 500 fashion retailers, journalists, and stylists.